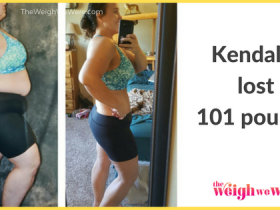 How I gained it: May 6, 2004 should have been a day that changed my eating habits. Just the day before, I’d been told that my cardiologist could not repair my blockage with stents, and that he needed to perform open heart surgery to bypass three clogged arteries. Three years earlier to the day, I lost my dad to heart disease, diabetes and, finally, cancer. The message was clear: My family history was not on my side.

The day after surgery, my wife was told that she could bring in anything I wanted to eat for dinner. I chose a great piece of salmon with strawberry cake from a local restaurant. It was delicious — even with more tubes coming out of me than the space shuttle. That dinner turned out to be the first splurge that added 35 pounds to my weight. It is unfathomable that an educated person like myself would take all the information available about family history and lifestyle and ignore it. But I did.

I had always been a sporadic exerciser with biking and using the treadmill, but somehow this surgery did just the opposite to me. Maybe the various new medications had something to do with it, but mostly I gave up. For the next five years, I ate and drank what I wanted and when I had to go to a 40-inch pant, the salesman said, “So what? It’s just a number.” I knew that it was much more, but I couldn’t stop what I thought was the enjoyment of food and drink.

Breaking Point: A 2008 job loss inSarasotabrought my wife and me toLake Mary,Fla.We both kept saying, “Let’s get settled and finally do something about our weight and health.” I had been good about continuing my care with a cardiologist, but each time they mentioned my weight, I gave them the story that I just could not get motivated to change my ways. They made it clear I was playing with fire. My wife was a great supporter and fan. Together, we just knew we had to take the first step.

How I lost it: We researched several plans and settled on Jenny Craig in July of 2009. Cara, the Director at myJennyCraigCenter, was fun and enthusiastic manner. She explained the program and the food. She even gave us a sample piece of chocolate cake. We left the Center with a week’s worth of food, including deserts, and an assignment to meet with our counselor Jessica.

She checked in with us the first week to ask how we were doing and to see if we had any questions. Each week before the appointed counseling and food-buying session, Jessica would call and in a very upbeat tone, she’d leave a musical message that always ended with “Hope to see less of you next week!” Her encouragement has been a big part for our success.

The discipline of the Jenny Craig program — coupled with the weekly meal planning — has really made a difference. The food program is easy to follow and also gave me ideas about how to stave off hunger until I can get control of cravings.I have now lost 35 pounds and have the discipline and drive to complete my weight loss journey — only another three pounds to go.

But just as important as the weight loss has been the transformation in my lifestyle. Once I hit a 20-pound loss, I felt like exercising again. I walked at first, then went out longer, then a little faster, and then I finally got back on the bike for two-hour rides on the weekends. I am feeling more energetic, more positive and less dependent on food for pleasure. At 60 years old, I realize I will have to work well into my life with the economic struggles we all have. That means not only having job experience, but having the energy to keep up with all generations in the workplace.

Cara, Jessica and the Jenny Craig program brought the discipline and support I needed to make positive changes in my life. It took Stephen just 16 weeks to lose 38 pounds. He has a final goal weight of 183 and expects to reach it January 2010.