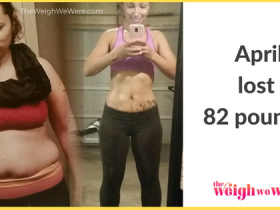 People who struggle to lose weight often blame a slow metabolism. However, numerous studies involving thousands of people worldwide have failed to find evidence to support the widely held belief that overweight people must have slower metabolic rates.

In fact, the opposite appears true: overweight people may actually have a higher metabolism than their leaner counterparts, reflecting the energy requirements of maintaining a larger body size. When you account for differences in body size and composition, there is a remarkable similarity in energy expenditure between individuals.

Research has also shown that people tend to eat more than they think they do. When asked to write down everything they’ve consumed in a day, many people tend to report eating far less than they actually do.

More often than not, the reason you’re putting on weight is not because of a slow metabolism, it’s because you’re eating and drinking more calories than you’re burning. It may be hard to accept, but staying on top of the number of calories you eat is key to losing weight and keeping it off.

Can losing weight too fast slow my metabolism?  Crash diets and other calorie-restricted diets can reduce your BMR. With some diets, your body is forced to break down muscle to use for energy. The lower your muscle mass, the slower your metabolism. With less muscle and a slower metabolism, it then becomes a lot easier to put body fat back on after coming off the diet.

What can I do to speed up my metabolism?  It is claimed that certain foods and drinks can boost your metabolism, including green tea, black coffee, spices and energy drinks. The evidence behind these claims is flimsy, the effect on your metabolism is marginal at best and each person will respond differently to each product.

While you don’t have much control over the speed of your metabolism, you can control how many calories you burn through your level of physical activity. The more active you are, the more calories you burn. In fact, some people who are said to have a fast metabolism are probably just more active — and maybe more fidgety — than others.  Source:  NHS.uk