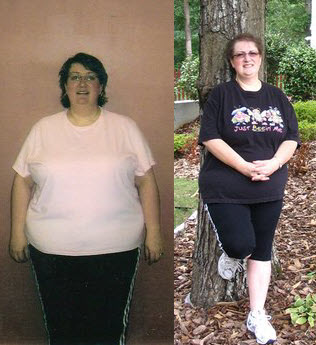 I had a lot of health issues. I became aware I was so obese when we took family videos and pictures at Christmas,” says Owens. “I sat down and, with tears in my eyes, I made calls to several gyms in the area. I talked to Justin Montgomery, fitness manager at Gold’s Gym in Canton, and I broke down on the phone.”

Overcoming the fear that I wouldn’t succeed. I’ve tried to lose weight before and failed at it and I don’t want to do that again,” she says. Owens lost 60 pounds.