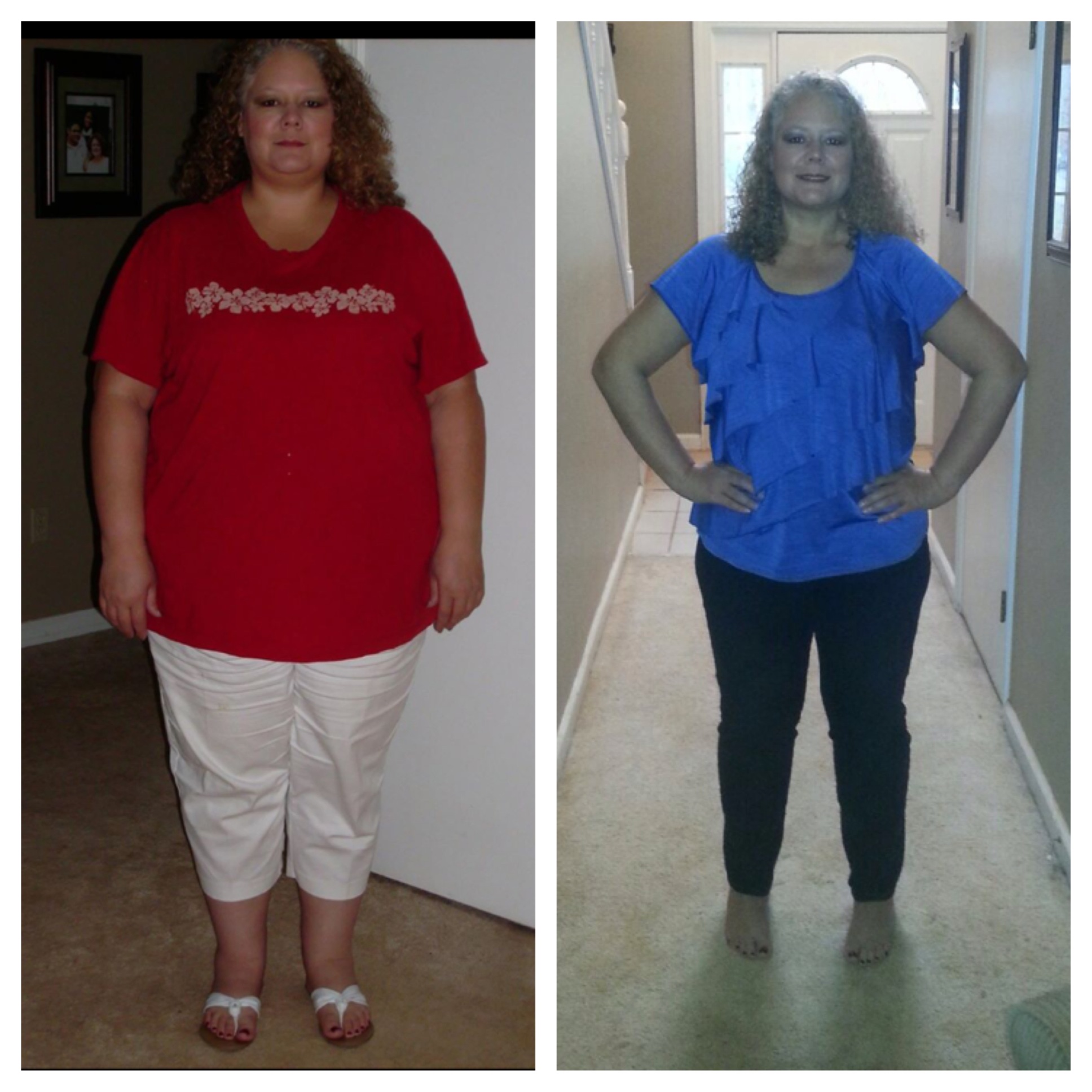 WHEN DID YOU START DEVELOPING A WEIGHT PROBLEM?
I have always felt that I was overweight, even though, looking back, I really was not. I started getting grossly overweight approximately 12 years ago. I had hit a time in my life when i was not very concerned about the way I looked or felt. It really took a toll on my overall weight.

HOW DID YOUR WEIGHT AFFECT ANY ASPECT(S) OF YOUR LIFE?
I always tell people about not being able to cross my legs. That is not a big thing, but when you cannot do it, it is humiliating. I felt that m kids were embarrassed to be around me (even though they were not). I could not walk up the stairs without getting winded. Sitting in booths at restaurants was always a tight squeeze and made me want to crawl under the table!

WHAT WAS THE “TURNING POINT” THAT GOT YOU STARTED ON YOUR WEIGHT LOSS JOURNEY?
April of 2012, I attended the casting of “The Biggest Loser”. I was so excited about going as well as completely embarrassed at the same time. I was at the heaviest weight I had ever been and was mortified! I had a ticket to bypass the long line (and it was very long) and head straight to the front. I met several people that had been at the casting call for many many years before and had still not made it through to the show. I did not make the show, obviously, and when the next year rolled around and I received the email stating they were back in Atlanta, well, that was my wake up call. A year had gone by and I had not done a thing…the time is going to pass anyway, might as well do something! I swore when the next year rolled around I would not be in the same condition, and I have kept to that. I started this journey March 19, 2013. I did get an email that they were casting again, but did not need it, at that point I had lost 83 lbs and was so relieved that I had not wasted that time!

HOW DID YOU GET STARTED?
We all know what to do, it is just doing it and getting started is the hardest part. I just tried to start eating better, cutting out the junk as much as possible. I had already stopped soft drinks, I had done that years before. I started trying to walk as much as possible. I started Crossfit Over the Limit a few months later and was hooked. That really help me catapult my exercise routine.

RELATED:   How I Lost Weight: Wiltrina Lost More Than 200 Pounds And Is Training For A Fitness Competition

HOW LONG AFTER YOU STARTED DID YOU BEGIN TO SEE RESULTS OF YOUR WEIGHT LOSS EFFORTS?
I was a size 24 when I started this journey. It was not until I had lost about 20 lbs and was not melting into my clothes anymore that I saw a small difference. It was not until I had lost close to 50 lbs that it really registered in my mind that I was actually doing this and doing it well!

WHAT WAS THE HARDEST PART?
The hardest part was not getting content when I started feeling better about myself. You get to a point at times where you look better and feel better and do not try as hard. I had to try and not stay there very long, I still had much more to accomplish.

DID YOU EVER WANT TO GIVE UP? WHAT KEPT YOU GOING?
Many times I wanted to give up. Whenever I would focus on the end and not the present, or when I would have a week or two of no weight loss, I would throw my hands up and want to walk away and give up. I would then have a pity party for a moment and then refocus, and remember that I had come to far to give up. It may take longer than I wanted, but I made a promise to myself to get it done!

DID YOU HIT ANY WEIGHT LOSS PLATEAUS? HOW DID YOU OVERCOME THEM?
I did and do hit plateaus. I try to do something different when I do. Your body gets used to certain things and you have to change things up a bit to trick your body into losing weight again. The main thing I tried not to do, was panic!

HOW LONG DID IT TAKE YOU TO LOSE MOST OF THE WEIGHT?
At my one year mark, I had lost 83 pounds. The first few months were the “easiest” as far as weight loss goes. I lost sixteen pounds my first month and was so excited, thinking I could lose everything I needed to really quickly. Reality set in a few months later.

DID YOU HAVE ANY NON-SCALE VICTORIES?
Definitely, I ran an entire mile for the first time ever. I cried afterwards at my ability to run. I have never been a runner and have always wanted to be. I have since been able to run just over two miles and am working on being able to run a 5k all the way through.

WHAT DOES YOUR DAILY DIET LOOK LIKE COMPARED TO WHEN YOU WERE HEAVIER?
I eat so much less now. I became a vegetarian (not necessary to lose weight) and since then, I can not fill up my plate and eat it along with dessert. I also eat out much less. Not knowing what is truly put in your food is scary, and you do not have the control you do at home. I do eat out some, but have cut out fast food and buffets.

HOW DOES YOUR PHYSICAL ACTIVITY COMPARE TO WHEN YOU WERE HEAVIER?
I love to workout. I crossfit 4-5 days a week. I take hikes on occasion with my kids and go out an walk or run when I feel like it. I do not shy away from any activities. I actually did a mud run last year and am hoping to do another one this year. 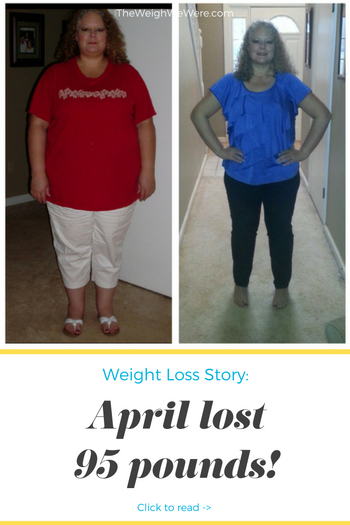