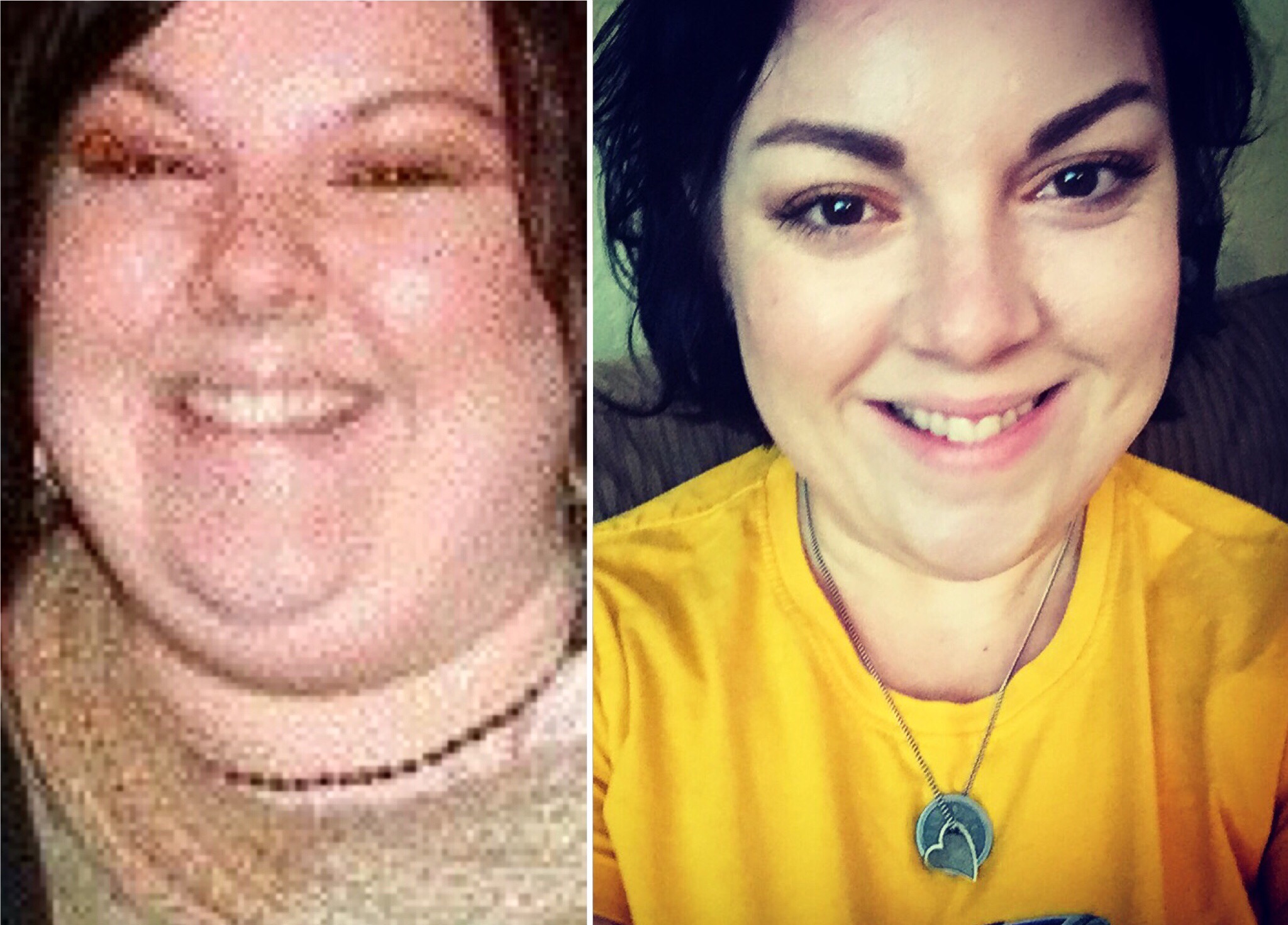 WHEN DID YOU START DEVELOPING A WEIGHT PROBLEM?
As a child/teen I was a little bit more on the “chubby” side compared to other girls my age. I guess the weight didn’t really become more of an issue until I was a junior in high school. From there the weight kept packing on and I didn’t really think much of it. I was happy and living life. By the time I was 20, I was married and my weight kept going up. I got to a point where I wished I could be thinner but I had NO idea on how to even begin. So I got comfortable as just lived with it.

HOW DID YOUR WEIGHT AFFECT ANY ASPECT(S) OF YOUR LIFE?
The bigger I got the lazier I got. At my heaviest I had no desire to do anything. I had mastered being a couch potato. My husband and I tried to have a baby for almost 3 years. Because I was so morbidly obese, I wasn’t having regular periods. My doctor told us that unless I lost at least 10% of my body weight, I wouldn’t be able to have a healthy pregnancy and conceiving would continue to be difficult.

WHAT WAS THE “TURNING POINT” THAT GOT YOU STARTED ON YOUR WEIGHT LOSS JOURNEY?
The moment my doctor told my husband and I that children wouldn’t be possible unless I lost some weight. This was my wake up call. at that moment, I decided to take my life more seriously and begin my journey to better health. I had no idea where it would take me, I just knew it was time to DO IT!

HOW DID YOU GET STARTED?
My mom signed her and I up for a nutrition class at our hospital. I ended up loving it so much and soaked up all the knowledge I gained from it. I continued to educate myself on nutrition via the Internet as well as some books that supported a healthy, realistic lifestyle. I also started to teach myself how to exercise. I invested in several different workout programs and learned all I could. Also followed a lot of fitness gurus on YouTube and social media. This helped SO much! I took baby steps through everything so that I could create healthier habits and adapt over time. I didn’t throw myself into anything.

HOW LONG AFTER YOU STARTED DID YOU BEGIN TO SEE RESULTS OF YOUR WEIGHT LOSS EFFORTS?
After about 5 months, I had lost 50 pounds. I was feeling better, looking healthier. I was still obese, but no longer morbid. I was down to 220 pounds at this point and gone from a size 24 to an 18/20. After a few months, I wasn’t having a period and decided to take a pregnancy test. It came back positive! But I was in disbelief so I took 3 more. Still in disbelief. It wasn’t until my doctor confirmed it that I believed it. I was already 11 weeks along and didn’t even know it. So used to skipping periods and just never paid attention.

WHAT WAS THE HARDEST PART?
One of my biggest challenges was giving up McDonald’s. I was addicted and eating it too often through the week. 3-4 times to be exact. Also changing my grocery list. I stopped bringing home certain foods. If I couldn’t eat it responsibly, it didn’t come home with me. I was in this alone for the most part. I had the support of my family and friends, but no one exercised with me or was following a special diet of any kind. They did they thing and I did mine. It’s always sort of been that way.

RELATED:   Male Before And After Weight Loss: I Shed 150 Pounds And Now Run With The Winners

DID YOU EVER WANT TO GIVE UP? WHAT KEPT YOU GOING?
There were times I felt like I felt like “what’s the point?” Especially during plateaus. When you don’t get anywhere no matter what you do, it can be very discouraging. But I never gave up. I never gave in to that feeling of doubt. I pressed on and went through a LOT of trial and error. To this day I still go through it. “Fall down seven times, get up eight!” If something isn’t working, I figure out another route. As long as it’s healthy and realistic. I do NOT yo-yo diet, I just make adjustments with my food where necessary and boost my workouts where needed. Whatever it takes.

DID YOU HIT ANY WEIGHT LOSS PLATEAUS? HOW DID YOU OVERCOME THEM?
After I had lost the first 50 pounds and finally got pregnant, my weight loss journey was put on hold. I gained 56 pounds during pregnancy and developed what they thought was gestational diabetes. It caused my daughter to weigh over 11 pounds at birth. I had gotten vey big as well. After I had her, I got right back at trying to lose weight and get healthier. I was able to lose 90 pounds in about a year, but was diagnosed with type 2 diabetes. I was placed on oral medication, and decided to try a different approach with my eating so that I could try to reverse the diabetes. After a year of nothing working and my blood sugars getting worse, I ended up in the E.R. with extremely high blood sugar and upon further investigation, they discovered that I was in fact a type 1 diabetic. I was then placed on insulin and had to learn a whole new way of life. During what they call the “honeymoon phase” of diabetes, I gained back 20 pounds. Insulin makes it very difficult to lose weight and even causes weight gain. I was so discouraged from this. I felt like all my efforts were for nothing, but I persisted. I kept up with my healthy lifestyle and stopped treating it like a chore. I later became pregnant with my second child and had a much healthier pregnancy. I knew what I was doing and had better control of my diabetes. My son was still a big baby but not as big as my daughter. He was 9 pounds 14 ounces at birth. I gained 60 pounds with him but didn’t look as big as with my first. After I had him I again continued with my weight loss journey. I was eating healthy but didn’t start exercising again until about 5 months postpartum. (I had a c-section with my son and took a little longer to recover.) I continued to learn new workouts and further educate myself on nutrition. Cleaned up my “diet” even more. Weight loss is very slow-going for me, but slow progress is still progress.

HOW LONG DID IT TAKE YOU TO LOSE MOST OF THE WEIGHT?
Started in 2006. 90 pounds in about a year total. With a baby break in the middle. Gained back 20 from diabetes medication. Another baby break and had much more to lose. Now I am back to my pre-second baby weight and still trying to lose weight. So, for over 10 years now. It’s been much longer for me than most, but I have some health issues that work against my efforts.

DID YOU HAVE ANY NON-SCALE VICTORIES?
I don’t like to go by the scale because it’s not accurate, especially when you lift weights. So non-scale victories are what I strive for. Clothes feeling looser, a flatter stomach, more energy, being able to workou harder. Better skin, looking leaner. There’s so much more to look for than just a number on a scale.

WHAT DOES YOUR DAILY DIET LOOK LIKE COMPARED TO WHEN YOU WERE HEAVIER?
When I was heavier, I didn’t care what I ate. Fast food every other day, sometimes days in a row. Not enough vegetables, junk food and oversized portions. Salads drowning in dressing and lots of late night snacking. Regular and diet sodas. Always cleaned my plate. Always hungry no matter how much I ate. Now, live and breathe portion control. I eat the right food combinations and it keeps me fuller longer. I drink water most of the time and an occasional diet soda. I do not keep them in my home though. I also do not bring any junk food home from the store. I indulge only on the weekends and try to not over do it. Sometimes that happens, but I get back on track ASAP. Fast food only 1-2 times a week but I make healthier choices. I haven’t had McDonald’s in over 8 years. It’s one place I promised myself I’d stay away from. I was super addicted and don’t want that happening again. I always order dressings on the side and stop eating once I’m satisfied. I don’t eat until I’m overstuffed now. I don’t like to restrict things but I recently developed some digestion problems, soninteyvto avoid dairy most of the time and any added sugars. With the exception of the occasional indulgence. I limit grains and eat mostly plant-based. I prefer vegetarian meals but I also eat fish and eggs. I’ll usually have other meats on the weekend if I choose. Things are definitely different now. I’ve come a long way. Especially mentally.

HOW DOES YOUR PHYSICAL ACTIVITY COMPARE TO WHEN YOU WERE HEAVIER?
When I first started, I couldn’t really exercise for very long, but as I got better and started to lose weight, I was eventually able to. I got stronger and learned so much. I gained more energy as well. I have come a long way from when I started. I had began with very basic exercises and am now doing bodybuilding workouts. I love lifting weights and never thought I’d ever be able to do what I do. 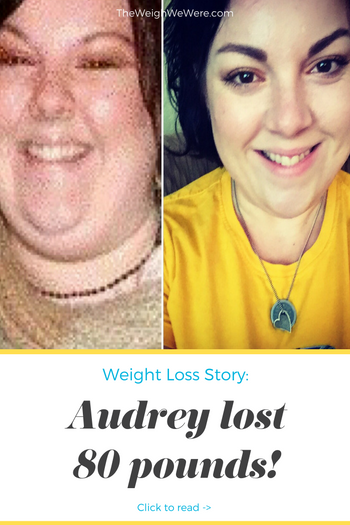 Related ItemsguestMommy MakeoverOver 80 Pounds Lostplant based dietSEOveganvegetarian
← Previous Story I Lost Weight: Vanessa Rabb Wanted To Join The Military And Lost 70 Pounds
Next Story → Weight Loss Before and After: Julie Lost 104 Pounds For Her Family After A Tragedy