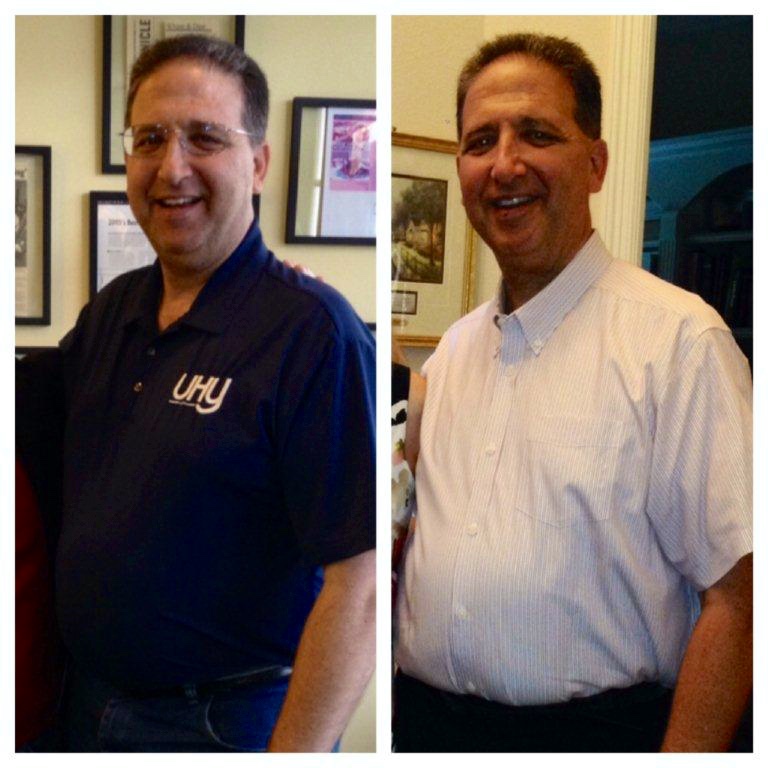 WHEN DID YOU START DEVELOPING A WEIGHT PROBLEM?
My first memories of having a weight problem started as a 3rd grader in elementary school. I was teased unmercifully as a child by school mates and faced bullying, injuries and more. I can remember having to wear “husky” pants and clothing and how embarrassing it was to not have control over my weight at that age.

HOW DID YOUR WEIGHT AFFECT ANY ASPECT(S) OF YOUR LIFE?
Though I lost and gained weight many times over my life, there were many aspects of the heavier me that sticks in my memory. Not only did I have troubles socially in school, it affected my ability to even find a date for either of the proms in High School and later in dating. It also bothered me that I wasn’t able to compete in sports. When I did lose weight — most times it was with something like Nutrisystems – losing over 40 pounds on it 3 times in my life, but when I stopped the program, it took about 6 months off of it to gain more weight that I had lost. I also found out years ago that I have an underactive thyroid and even though I am treated medically for that, it still made weight loss and control extra difficult.

WHAT WAS THE “TURNING POINT” THAT GOT YOU STARTED ON YOUR WEIGHT LOSS JOURNEY?
After becoming a widower in 2012, I gained over 50 pounds in the year following by eating every single meal out at restaurants during that time, and got to my highest point ever. Even finding love again and getting remarried didn’t get a healthy life decision in my head and when I remarried in November of 2013 I was at 290. My doctors had been after me for 3 years to do something as I also have a heart condition and sleep apnea.

HOW DID YOU GET STARTED?
Finally, I made a New Year’s resolution in January of 2014 to lose weight and started on my own, though by mid March had only lost 6 pounds – hitting 284. Fortunately, the company I worked for then brought a Weight Watcher’s program to the office on a weekly basis which I gladly joined March of 2014 — starting at 284.

HOW LONG AFTER YOU STARTED DID YOU BEGIN TO SEE RESULTS OF YOUR WEIGHT LOSS EFFORTS?
I lost more weight in the first week of using the Weight Watcher’s Quick Start program (8 pounds) then I had lost on my own in 2 1/2 months! By mid June of that year, I was down 25 pounds, and by mid September I had lost another 20. Between that program (which I stopped in September), and the prayers and healthy cooking and food choices that my wife helped me with, I was able to continue to lose even through plateau periods.

WHAT WAS THE HARDEST PART?
Having a heart condition and arthritic knees made it a challenge to exercise. What I did do was to walk more whenever possible and I took the stairs at work vs. the elevator. I did on occasion use a home exercise bike. I had lots of support from my wife and three young daughters. My wife found healthy ways to cook recipes, cutting out fats and sugars. She found low carb and no/low fat products (yogurts and cottage cheese) that became a daily staple of my eating habits.

DID YOU EVER WANT TO GIVE UP? WHAT KEPT YOU GOING?
There were a few times that I wanted to go back to the old way of just eating whatever, whenever — sometimes REALLY missing that half and half in my coffee (instead of using cinnamon) as well as snacking, eating late, etc. It took me quite some time to stop saying BUT after hearing a compliment. I used to follow a compliment with BUT I still have ???? Pounds to lose. I even prayed to change the diet mentality!

DID YOU HIT ANY WEIGHT LOSS PLATEAUS? HOW DID YOU OVERCOME THEM?
I hit plateaus multiple times on this journey, and with the help of my wife found ways to tweak what I was doing, adding minimal exercise to keep on going!! I stopped all soda as well as going from a social drinker to almost a no drinker — just didn’t need or want the calories from drinking though I still enjoy one drink (light beer or wine) from time to time.

HOW LONG DID IT TAKE YOU TO LOSE MOST OF THE WEIGHT?
It took about 6-7 months to lose most of the weight, and a few months more to lose the rest. I still have 5 pounds to go to get to 210 (My new doctor’s goal is 210-215) though he wants me to get to or just below 210 FIRST, and these last 10 pounds have been TOUGH, but I will get there!

RELATED:   How I Lost Weight: Natasha Lost 125 Pounds With Zumba And Healthy Eating

DID YOU HAVE ANY NON-SCALE VICTORIES?
I have had many non-scale victories that have come during this time — like realizing — FINALLY knowing that I can have a piece of cake when it is a birthday celebration for one of our daughters, or to share a dessert now and again or to find healthy ways to eat out.

WHAT DOES YOUR DAILY DIET LOOK LIKE COMPARED TO WHEN YOU WERE HEAVIER?
My daily diet now consists of very little carbs — very little bread and pasta. I eat a lot more chicken and fish vs. steaks and other meats. I eat low carb yogurt cups (only 60 calories) vs. the fruit varieties having triple or more the calories; I eat no fat cottage cheese & hard boiled eggs daily as well as a healthy dinner prepared by my wife. When eating out I have learned what to get and what not to get. By spreading out my eating every 2 – 4 hours, I am much less hungrier. I also put together a mixture of veggie juice with tobacco and mostly water to drink over ice all day. Took the half and half out my many coffee cups and have been enjoying it black with just cinnamon when available. A lot more natural fruits, salads and veggies too!

HOW DOES YOUR PHYSICAL ACTIVITY COMPARE TO WHEN YOU WERE HEAVIER?
At 215 vs. 290 — my activity is much more easier than before — I can do much more walking, biking, tennis, table tennis, golf and more without strain. 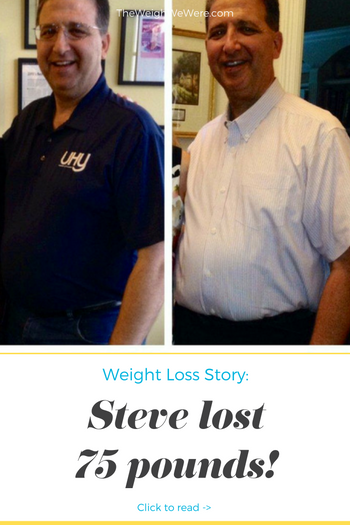