How I Lost 70 Pounds: Steve’s No Diet Lifestyle Change 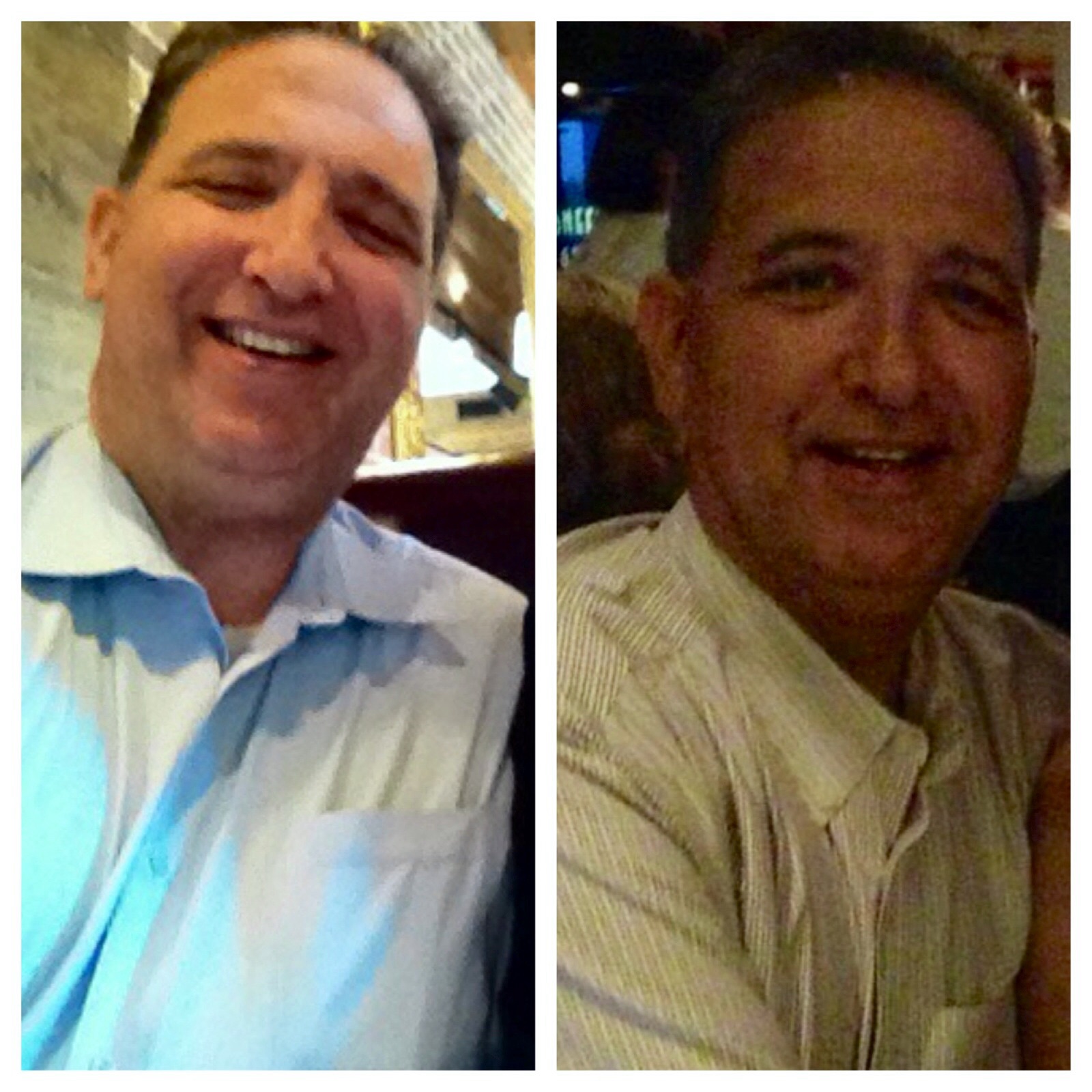 WHEN DID YOU START DEVELOPING A WEIGHT PROBLEM?
I have had weight issues since I was about 9 years old.

HOW DID YOUR WEIGHT AFFECT ANY ASPECT(S) OF YOUR LIFE?
Though I gained and lost weight many times in my life, it was a tougher issue when other children teased me. It also limited my ability to play sports in school as well as negatively affect dating.

WHAT WAS THE “TURNING POINT” THAT GOT YOU STARTED ON YOUR WEIGHT LOSS JOURNEY?
After my wife passed away from Cancer in 2012, I gained 50 pounds that next year from eating out every meal. Even later after remarrying, I was not able to motivate myself to lose weight and found myself at my highest weight ever! I also had developed health issues — heart as well as bad knees and even discovering I have an under active thyroid.

HOW DID YOU GET STARTED?
A major New Year resolution for 2014 was to lose weight, though after 2 1/2 months I had only dropped 6 pounds on my own. I started a Weight Watchers Quick start program 3/15/14.

HOW LONG AFTER YOU STARTED DID YOU BEGIN TO SEE RESULTS OF YOUR WEIGHT LOSS EFFORTS?
I lost 8 pounds the first week, then mostly one to two pounds on average per week.

WHAT WAS THE HARDEST PART?
Having a heart condition, major or even moderate exercise was an issue.

DID YOU EVER WANT TO GIVE UP? WHAT KEPT YOU GOING?
I did want to stop many times, though most weeks I lost something and I really felt I was getting the difference between just a Diet versus making a lifelong health style change.

DID YOU HIT ANY WEIGHT LOSS PLATEAUS? HOW DID YOU OVERCOME THEM?
I did plateau a number of times but found new ways to tweak the success — using cinammon in coffee vs half & half, cutting way back on carbs, more water, walking more, etc.

HOW LONG DID IT TAKE YOU TO LOSE MOST OF THE WEIGHT?
It took about 6 months to lose 45 pounds which started to get people’s attention and questions of what I was doing. The last 25 has taken another 6 months.

WHAT DOES YOUR DAILY DIET LOOK LIKE COMPARED TO WHEN YOU WERE HEAVIER?
I start out with toast and low fat cheese, Hard boiled eggs, low carb yogurt, fat free Cottage cheese, more fish, chicken, salad & fruit. No fried foods, fast foods and little alcohol.

HOW DOES YOUR PHYSICAL ACTIVITY COMPARE TO WHEN YOU WERE HEAVIER?
I talk the stairs instead of the elevator most times and walk much more. The low bike and treadmill are used when I can. 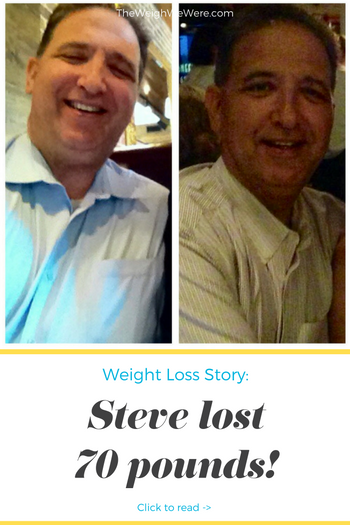