Weight Loss Before and After: Annick Lost An Incredible 192 Pounds With Only 12 Percent Body Fat

In May 2014 3 major life events happened (end of relationship, lost job and loss of a friendship). I suspect that the emotional impact of these events (i could write a book about each of them) lead to a major hormonal imbalance. In 10 months I was 60lbs up and all of this happened while I was eating a balanced macro diet and trained for a 5K… it just didn’t make sense. 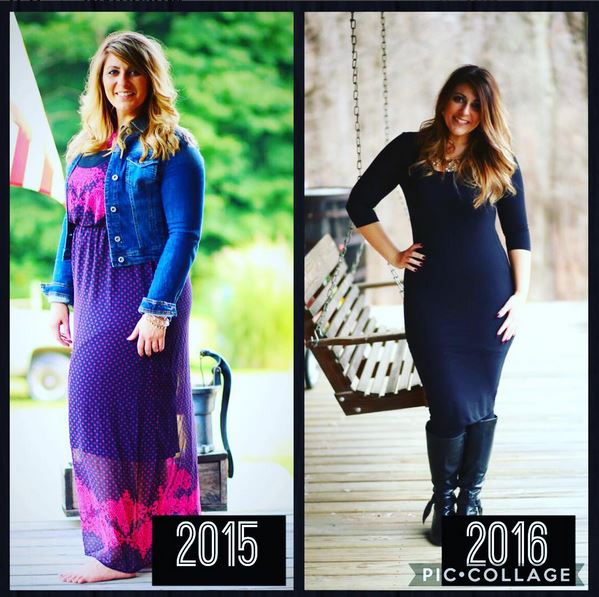 HOW DID YOUR WEIGHT AFFECT ANY ASPECT(S) OF YOUR LIFE?
I began oversharing my personal life to explain the weight gain. I was so ashamed because I always hold myself to a high standard and I felt like I was being seen by others as someone out of control… It almost felt like the weight gain was directly tied into my character. Socially I withdrew completely.

There is a noticeable gap during this time on my social media accounts. I was not inspired and I did not take pictures. Physically, I was always out of breath, anytime I stood it gave me the sensation that my knees were going to snap under the new pressure, sleeping was hard because my chest became so heavy that I felt I was choking and would awaken in a panic. Emotionally I was toast… at the end I totally gave in to the idea that… well if i’m going to gain weight, I might as well have fun… and I gained an additional 17lbs.

WHAT WAS THE “TURNING POINT” THAT GOT YOU STARTED ON YOUR WEIGHT LOSS JOURNEY?
Being disgusted and realizing that this was an issue holding me back in so many aspects of my life, I knew I had to make the choice to get myself to an appearance I could be proud of. I talked to my family about how frustrated I was and my mom suggested that I get a lap band surgery done. This infuriated me… I know there is a need and purpose for that, but had I really tried everything I could to figure this out because I saw that as a Last resort.

HOW DID YOU GET STARTED?
The thought have having that surgery done was motivation to give this my all and figure this out. I found a two week detox diet that took out all sugar and carbs… I lost 15lbs…. I also started feeling really good, emotionally stable and happy. At that point I realized the reason this was working was because I was insulin resistant so I continued with a ketosis diet and continued to lose weight week by week.

HOW LONG AFTER YOU STARTED DID YOU BEGIN TO SEE RESULTS OF YOUR WEIGHT LOSS EFFORTS?
Once I did that extreme reset detox… weightloss was immediate but I seriously spend 3 months trying different diets and saw no results ( actually weight gain) before that.

WHAT WAS THE HARDEST PART?
Insulin resistance… the reason other diets were not working was that my body was taking every sugar and carb and changing it into fat.. so even though my carbs were good carbs… my body was hanging on it it because of the hormonal imbalance.

Another challenge was the mental challenge. I had to get past my pride… I knew how to lose weight and it wasn’t working.. I had to admit I didn’t know what was going on and had to be willing to listen to the ideas of others. The things I did were so extreme to me and I never would have attempted them had I not made the choice daily regain my health and body.

DID YOU EVER WANT TO GIVE UP? WHAT KEPT YOU GOING?
probably the first two months were the toughest. I read a book that really helped me get to a good mental place. It said there is a difference in having the desire to make changes vs making the choice to make changes.

I made a comittement to myself that this wasn’t just a desire, this wasn’t going away… I was making the CHOICE to do it. That meant, it was going to get done one way or the other, i just had to find the path that I could be successful in.

DID YOU HIT ANY WEIGHT LOSS PLATEAUS? HOW DID YOU OVERCOME THEM?
I did… I almost lost focus a couple of times due to holiday and vacation. But thankfully my determination was so zoned in that I was able to course correct my actions before they got out of hand.

Also any time I plateaued I knew it was because my metabolism was not out working my nutrition so I researched natural ways to rev up my metabolism like… Green Tea, Oolong Tea, MCT OIL etc…. I’ve been able to lose this 60lbs with nutrition only… I wanted to save workout to the very end as a metabolism boosting resource

HOW LONG DID IT TAKE YOU TO LOSE MOST OF THE WEIGHT?
9 months

DID YOU HAVE ANY NON-SCALE VICTORIES?
Soon I began to get up off the couch without my knees popping. Also ( I know this is crazy) I was so chest heavy that I had to start using my deoderant stick between my breast to help with the odor that the sweat was creating…one day I realized, they were separated again and the odor was gone.LOL It’s the little things like that. I began feeling inspired again, emotionally balanced even..happy all the time. These are the moments I realized my efforts were bringing me back to a place of balance.

WHAT DOES YOUR DAILY DIET LOOK LIKE COMPARED TO WHEN YOU WERE HEAVIER?
So normally i had a balanced macro diet of 30%Carbs 30% fat and 40% protein… but that last few months I had given up and was eating donuts like there was no tomorrow. Fast food was also an issue… Instead of the salad I would go for the number whatever sounded good.

HOW DOES YOUR PHYSICAL ACTIVITY COMPARE TO WHEN YOU WERE HEAVIER?
I teach online and my business online so i am soooooo sedentary. I told myself that I would implement a workout routine when I plateau from the eating. I am just now at that point. With that said I’m now entering phase 2 of the plan. Changing my body fat composition. 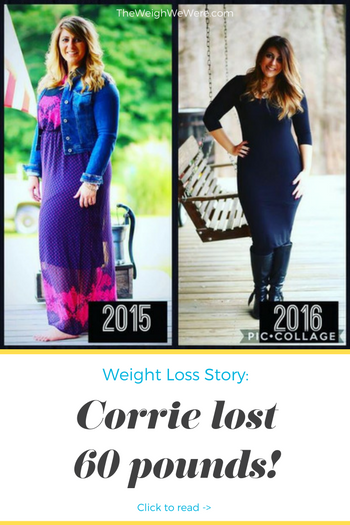