Weight Loss Before and After: Emma Sheds 33 Pounds And Becomes Stroke Survivor 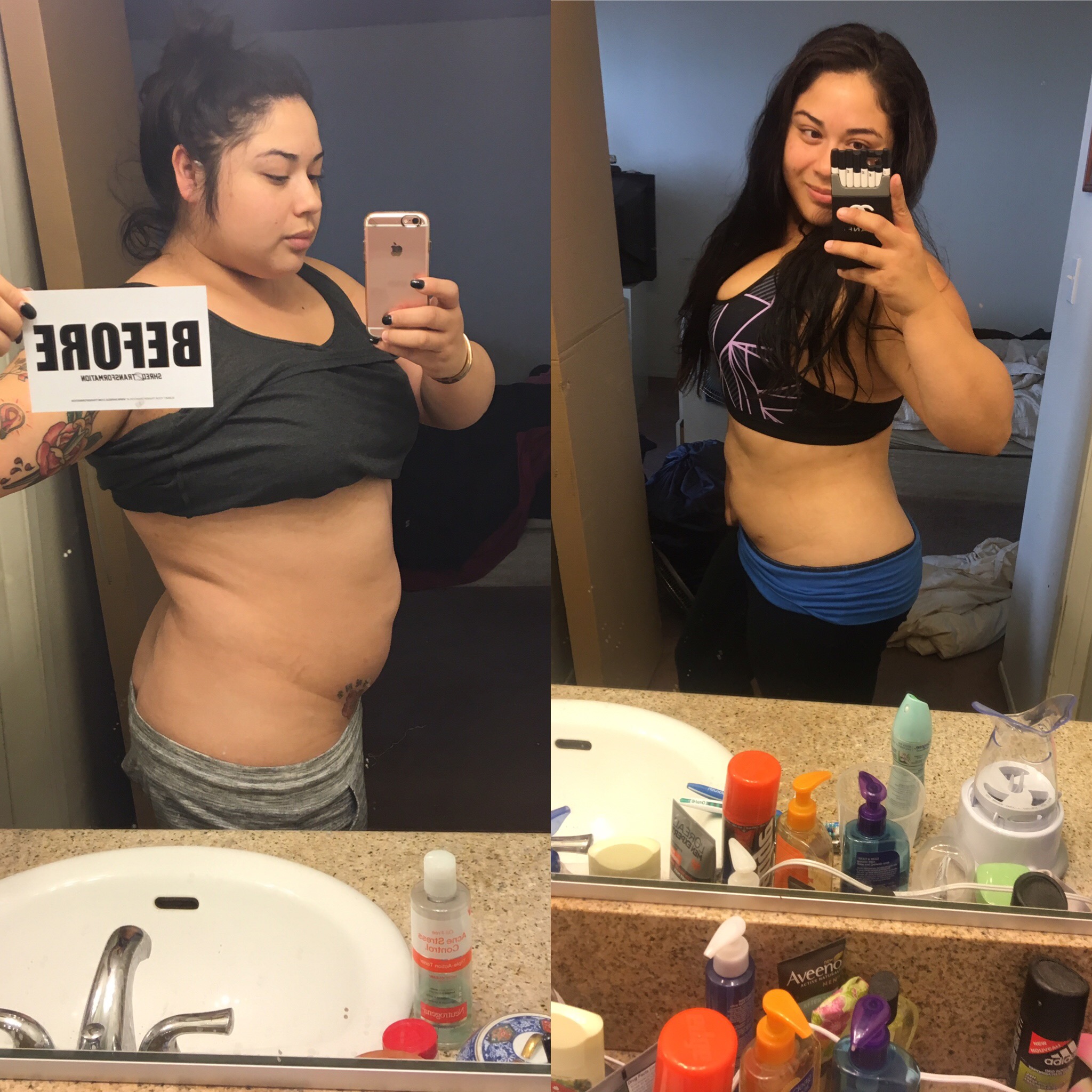 I’ve always been on the heavier side since I was about 12, but also very athletic. So weight has always been something I’ve battled all my life. My weight became out of control when my life spun out of control. On May 14th 2015, my now ex boyfriend suffered a massive stroke on a commercial flight for work. It left him severely disabled and that wasn’t the worst part. His family and my family are not involved and his family were adamant on not taking their son home after rehab.

To make things worse, our careers put us in the spotlight of our corner of the automotive industry. News of his stroke was leaked out on Facebook AGAINST my permission and all hell broke loose. Because I refused to be open and “update” everyone on Facebook about his horrible condition, many people began to turn on me. I refused to violate his privacy and everyday that passed, it got nastier. I’ve had his stroke even blamed on me, I’ve had my car damaged, I’ve been blackmailed to let the harassing people come to my home to visit, and I’ve been heavily slandered online. Through it all, I never gave anyone the pleasure of a response. I painfully held my tongue.

Because of this and taking care of a very ill man ALONE, I gained weight. A lot of weight. I had no time between full time caregiving and a full time career to eat healthy or exercise. So I gained almost 50lbs in 9 months.

HOW DID YOUR WEIGHT AFFECT ANY ASPECT(S) OF YOUR LIFE?
My weight was a physical representation of my exhaustion, fear, loneliness, and depression. It was just a vicious cycle.

WHAT WAS THE “TURNING POINT” THAT GOT YOU STARTED ON YOUR WEIGHT LOSS JOURNEY?
The turning point was December 2015 when I kept having these binge episodes. After a month of episodes I just knew something was not right. I’d never struggle with eating on this level before. Eventually, I decided to journal exactly what was happening mentally and physically what went on during those episodes. I brought that journal to my general physician who sent me to an eating disorder specialist. I was then diagnosed with Binge Eating disorder and started my treatment immediately after. That began the new chapter of my life.

RELATED:   Weight Loss Success Stories: I Dropped 60 Pounds To Save My Heart

HOW DID YOU GET STARTED?
My therapy was always on tuesdays. My Tuesday afternoons with Madeline were powerful. We dove deep into the pain from the ignorant people that harassed me, all the way back to my abusive childhood. She had a way of making approach the dark corners of my soul and confronting them aggressively and with grace. As my episodes began to subside, the grip of anxiety loosened, and I got my gym membership and started working out 7 days a week.

HOW LONG AFTER YOU STARTED DID YOU BEGIN TO SEE RESULTS OF YOUR WEIGHT LOSS EFFORTS?
I actually began a wellness program that focused on alkalizing the body and optimal wellness in February. Within a month, I had dropped about 18lbs in time for my 25th birthday. However, I started dating my boyfriend now, and the love weight came on quickly. In June, I got frustrated and began taking charge of my program again. I got into counting macros and a HIIT circuit class then and that’s when my weight began to drop.

WHAT WAS THE HARDEST PART?
No support from my family, harassment from people not respecting the severity and privacy of Yukio’s recovery, full time caregiving, Binge Eating Disorder, and the rare occasional self doubt.

DID YOU EVER WANT TO GIVE UP? WHAT KEPT YOU GOING?
Yukio (ex boyfriend’s name) keeps me going. When I brought him home, he still couldn’t walk, talk, basic grooming, anything on his own. I saw how he kept spiraling into depression with him watching me get worse also. Now that I’ve adopted a healthy lifestyle, he wants to “lift” with his function arm (zero function of right arm, limit right leg function). I bought him light little weights and he works out when I’m at the gym. I have to lead by example, so my good attitude and dedication makes Yukio follow suit.

RELATED:   90 Pounds Lost: I never thought it was possible for me...

DID YOU HIT ANY WEIGHT LOSS PLATEAUS? HOW DID YOU OVERCOME THEM?
I try not to check the scale often because the number is so subjective. If we focus our energy on a number, it won’t move. I just go. I know the human body will do what it needs to if we do our part. So I have my blinders on and just give 100% effort every day in class and with my diet. Eyes on the prize!

HOW LONG DID IT TAKE YOU TO LOSE MOST OF THE WEIGHT?
It’s been a little over 7 months now. Again, I try not to focus on time with fitness. Weight loss doesn’t happen overnight, and everyone losses weight differently. I’m 33lbs down and still going, I’d like to be the very best version of myself. However long it takes as long as I stay consistent.

DID YOU HAVE ANY NON-SCALE VICTORIES?
Getting into a beauty Badgley Mischka dress for a work convention. There’s a lot of afterparties and I wanted to look stunning in a club filled with people who had betrayed me. I, how do they say, SLAYED that night. Just as the weight was a physical representation of my depression, my fitness journey was a physical representation of how unbreakable I’ve become.

WHAT DOES YOUR DAILY DIET LOOK LIKE COMPARED TO WHEN YOU WERE HEAVIER?
No soda, no fast food, minimum sugar, minimum sodium; basically what we all know what we shouldn’t be eating, I don’t eat. Whatever fits my daily macros, I eat. If it doesn’t, well, I can dream about them.

HOW DOES YOUR PHYSICAL ACTIVITY COMPARE TO WHEN YOU WERE HEAVIER?
6 days a week of intense workouts up to an hour, 35 minutes minimum. 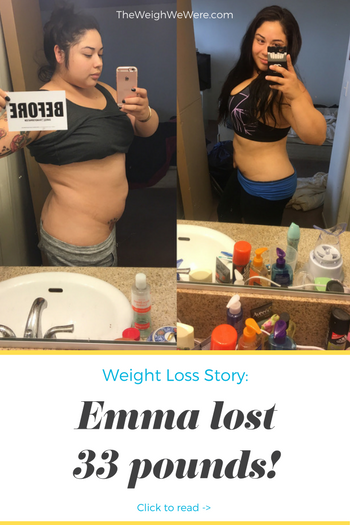 Related Items30 Pounds LostguestOver 30 Pounds LostSEO
← Previous Story Weight Loss Before and After: I Lost 164 Pounds And Half My Body After Age 65!
Next Story → From PCOS Struggle To PCOS Success – My 81 Pound Weight Loss Journey