Weight Loss Before and After: Kelly Lost 193 Pounds And Started A New Life 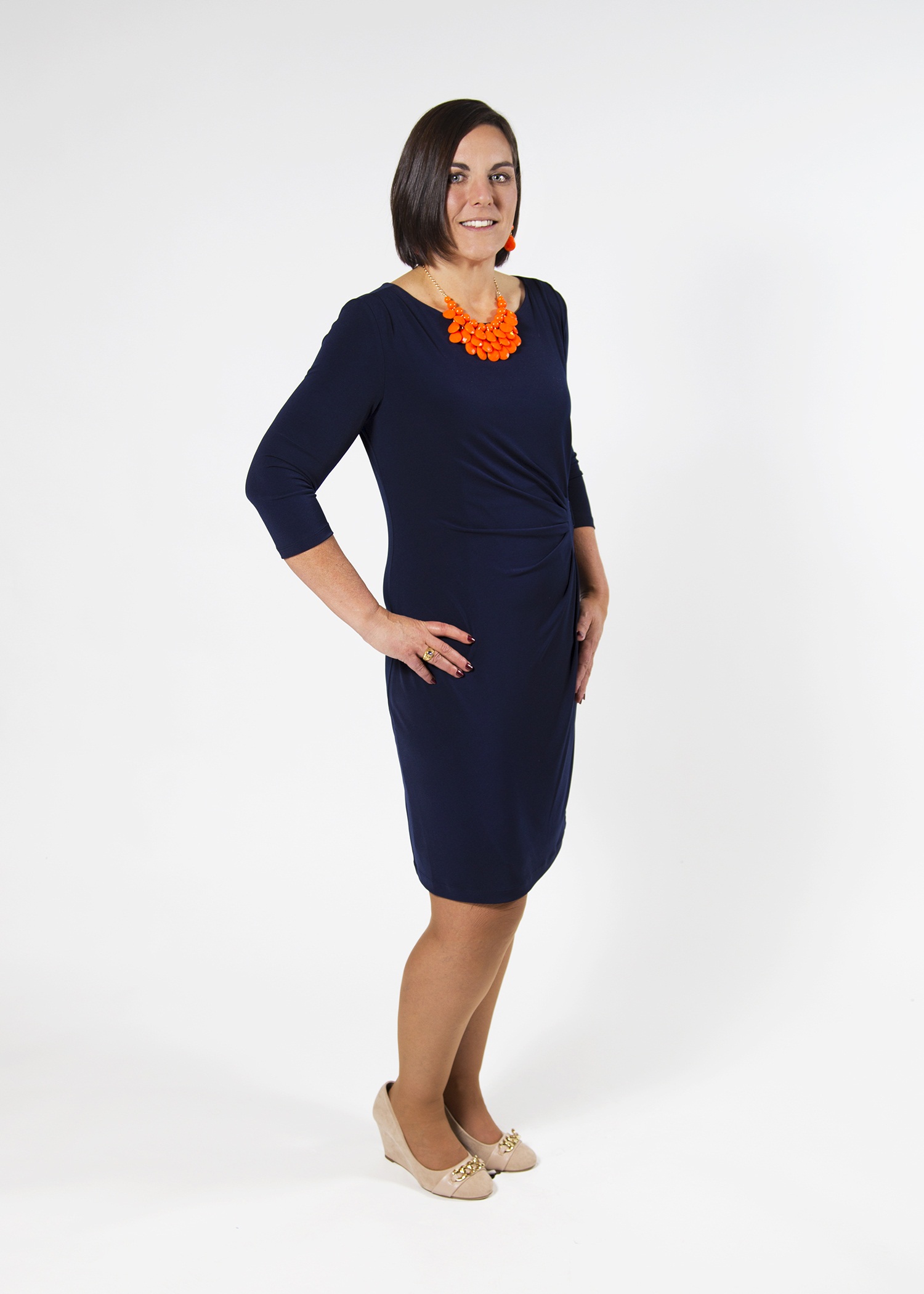 WHEN DID YOU START DEVELOPING A WEIGHT PROBLEM?
At a very young age. As long as I can remember I have always been overweight. I always used food as a crutch – when I was sad – I ate – when I was depressed – I ate – when I was happy – I ate – when I was ________ (fill in the blank) – I ate. My youth was difficult due to an alcoholic mother. My refuge was FOOD. No I am not using that as an excuse – It was just my reality and how I chose to handle it. Now to be honest, I used to blame my mother for my weight problem, but I grew up and realized she didn’t make me eat….I did.

HOW DID YOUR WEIGHT AFFECT ANY ASPECT(S) OF YOUR LIFE?
Wow – the better question is how did it not affect my life. I literally HATED when anyone would take pictures of me. Many times I had friends remove pictures they would post on Facebook because of how ashamed, embarrassed, and pathetic I looked.
Simple everyday tasks were becoming more and more difficult. From tieing my shoes to even hugging my son – I simply was so large. I never wanted to go out and do anything, because I would always be so tired and sweat all the time. Oh I wanted to ride roller coasters, but in 1999 I went to a theme park and waited in a long line – just to make it to the ride and find out I was too big.
I would travel long distance for work – which required flying. Oh the dreaded Fat Lady Flying. Yeah I understand small people hate sitting next to big fat ladies on a plane, but the agony I went through was so painful it is truly hard to express. As I think of it now, it still brings tears to my eyes. I would take hours trying to find the right flight, the best option was the small planes that have the one seat rows – so I could pick the one seat row and not encroach on someone else’s space. But that was not always and option. I would go online to Seat Guru.com, to try to see which planes had bigger (wider) seats. It was so much agony. And that was just the start…then I would pick a flight and constantly check to see if the flight was full – I was so afraid that I would board a plane and be told “you are too big – you cannot fly today,” I feared being stranded (especially when I could not get a direct flight). I would get to the airport and watch all the people who had to board and wonder if they would have enough seat belt extenders, wonder who would be thinking “great SHE’s sitting next to me”…. Sometimes the long walks between flights and gates were so difficult. My feet hurt, I was sweating badly, and I was just plain miserable.
I went on a beach trip in 2013 and all I could see were the things I could not do because of my weight. Parasailing sounded so fun, but I exceeded the weight limit, a banana boat ride sounded so awesome, but what if I fell off, could I get back on, etc. etc. etc.
I lacked so much conidence on a personal level that it was hard for me to make friends because I always felt so big and like others were judging me – wether all in my mind or not – it was debilitating.

WHAT WAS THE “TURNING POINT” THAT GOT YOU STARTED ON YOUR WEIGHT LOSS JOURNEY?
I was sick and tired of all the things in life I COULD NOT do because of my weight. One day I was combing my hair and literally the weight of my arm was so much that I could not finish combing my hair. So I rested my arm and tried again. You would think that because my blood pressure was at stroke level that that would have been a turing point, but for me it was never about my health – just my quality of life. I was hiding in the shadows instead of participating in life.

HOW DID YOU GET STARTED?
A super close friend of mine mentioned how she was going to try some meal replacement shakes to lose some weight (of course she was one of those people who in my mind DID NOT need to lose any weight – you know who I am talking about). BUT I thought “huh a meal replacement shake….that seems doable. Should I give it a try?” The truth is, that to start losing weight YOU have to be ready AND in the right mind set and I was definitely ready (i.e. flight agony and pending beach trip). Everyone around me knew I was fat, I knew I was fat, but until I was in the RIGHT MIND SET to lose the weight, none of that mattered.

HOW LONG AFTER YOU STARTED DID YOU BEGIN TO SEE RESULTS OF YOUR WEIGHT LOSS EFFORTS?
Probably after a month I started noticing small improvements. But after the first 50 pounds were gone I finally could see the pounds coming off.

WHAT WAS THE HARDEST PART?
Exercise – at the beginning I literally could not walk in the park for more than 10-15 minutes (or less) at a very slow pace (less than 2 miles an hour) without stopping to rest – so I used my pool and just walked in the shallow end. I felt STUPID – but I did it. My knees hurt – but I continued to go to the park and just try to walk. My friend would walk with me which was super awesome. As the weight started to drop I was able to do more and more.

DID YOU EVER WANT TO GIVE UP? WHAT KEPT YOU GOING?
No I never wanted to give up. I found a tool that kept my hunger controlled and I was so at the point that I was READY to loose the weight. My friends supported me and that helped a great deal. My Husband and Son were also supportive and many times walked on egg shells around me. I mean I was changing – outside and inside. I went from a couch potato to wanting to go do stuff – anything.

DID YOU HIT ANY WEIGHT LOSS PLATEAUS? HOW DID YOU OVERCOME THEM?
Yes I did for about a month or a little more. I was actually exercising more but did not increase my calories enough and my body got mad at me — I figured out I needed to increase my calorie intake if I was continuing the everyday for at least an hour working out – I was walking 25 – 30 miles a week and had a boot camp 3 days a week, but was still only eating 1,200 – 1,500 calories. Once I increased my calories to 1,500 to 1,700 I started losing again.

HOW LONG DID IT TAKE YOU TO LOSE MOST OF THE WEIGHT?
I lost 188 pounds in 16 months – I have really kinda been in a maitenance stage right now and lost another 5 pounds in 4 months – I needed to see if I could maintain without traking every meal/snack – to figure out if I learned and I think I have.

DID YOU HAVE ANY NON-SCALE VICTORIES?
ABSOLUTELY
1) Went Parasailing in 2014
2) Crossed my legs for the first time in I have no idea
3) could bend over and tie my shoes or pick something up
4) Went on that same roller coaster than in 1999 I could not due to my size
5) Went Zip linning
6) Go on Hiking excursions
7) Bought a car – I had for the last 20 years bought a truck since it was bigger and I fit in it better, but was so excited and absolutely love driving my car —
8) Everyday I find I can do something that before was hard or impossible
9) I can HUG my son and my arms can go around him!

WHAT DOES YOUR DAILY DIET LOOK LIKE COMPARED TO WHEN YOU WERE HEAVIER?
Before I would have 4 bacon bisuits for breakfast, a sandwich baggy of Cheese its for a snack, then some candy, then a big lunch, then another snack, and then run by McDonalds and get a fry and a McChicken and a McDouble to tie me over to dinner. I would say I was consuming about 3 to 4 thousand calories a day – easy. My snack at McDonalds is almost more calories than I consume all day now.
Now I have a Meal Replacement Shake for Breakfast, usually a trail mix snack around 1030, then either a small lunch or another shake, then a few carrots and a slice of deli meat for a snack and for Diner I have a big dinner – usually grilled chicken breast with sauteed vegetables and sometimes rice. If I dont have rice I usually have enough calories remaining to have a late snack. Today I probably consume between 1,800 and 2,000 calories

HOW DOES YOUR PHYSICAL ACTIVITY COMPARE TO WHEN YOU WERE HEAVIER?
I was not active at all before. Now I walk/jog, go to the gym (trying to tone), participate in a bootcamp – etc 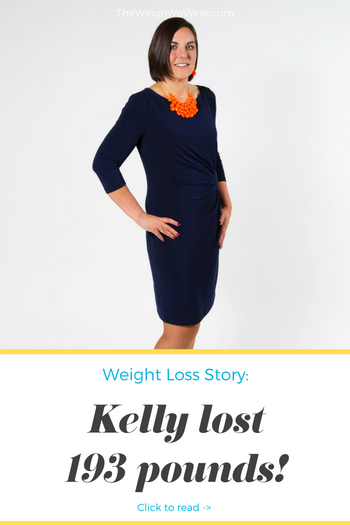