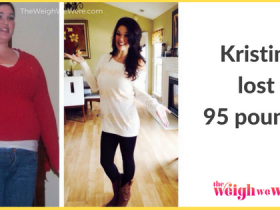 Ever since I was a baby, I had always enjoyed eating food and large portions of them, so I had always been a big kid since a young age. I did do my fair share of sports, but it did not equal to the amount that I would eat during the rest of the day.

When I was 16, I had to undergo a surgery on my lower back which left me in bed for 2 weeks and unable to do much physical activity for almost half a year. To comfort myself at home while my back was healing, I would just play games on my ps4 and eat huge amounts of snacks and unhealthy foods.

HOW DID YOUR WEIGHT AFFECT ANY ASPECT(S) OF YOUR LIFE?  I had never really cared too much about my physical appearance or my health when I was younger and was never self-conscious about how I looked, but that all changed after my lower back surgery.

Due to the weight i was adding at such a short space of time, I had began to outgrow my clothes and stretch marks were beginning to appear around my stomach, which lowered my confidence to ever go to the beach or attend many events during that time period.

WHAT WAS THE “TURNING POINT” THAT GOT YOU STARTED ON YOUR WEIGHT LOSS JOURNEY?  It was the 15th September 2016 and I was hanging around with my friend Dylan and he had started the gym and after seeing his progression and hearing his advice from him, i decided that I would give it a go, but usually when it came to keeping a plan that had to do with cutting down food or exercise, I would abandon it after the first few days, but I was willing to give it a go and decided that I would sign up to the same local gym he was going to and hopefully join him on his goals to build strength and lower body fat. Little did I know that next morning, I had started a journey that is still being continued to this very day of writing.

HOW DID YOU GET STARTED?  Dylan had his own weekly plan with a personal trainer that he was working with so I decided what better way to begin my weight loss journey that with a proper P.T that already has good knowledge on diets and exercise.

The first week or two I was mainly focusing on getting used to good form on the exercises I was doing so it began at a low weight and add weight once form was good and felt prepared for a heavier weight. In terms of dieting, i had decided to leave out all the fried and fast foods and focused on eating chicken breasts with a marinade accompanied by some mashed up sweet potatoe (still on of my favourite dishes to this day) and obviously a few other varieties of healthy foods (fish, rice, vegetables)

HOW LONG AFTER YOU STARTED DID YOU BEGIN TO SEE RESULTS OF YOUR WEIGHT LOSS EFFORTS?  After a month since that first day at the gym, it was a struggle but i remained motivated and consistent in the gym and kept on fighting my cravings to eat large amount of food. to help with my eating habits, i chewed a LOT of gum. For some reason it masked the crave for any nasty foods.

WHAT WAS THE HARDEST PART?  Most of the challenges along the way were obviously my lower back operation as most ab exercises that i would do included me being on my back and pressure on my lower back always caused me some pain so unfortunately there were a few exercises that for that reason I could not do.

DID YOU EVER WANT TO GIVE UP? WHAT KEPT YOU GOING?  There were a couple of occasions where i had almost completely left the journey, but due to seeing such great results in a shorter time than expected, I wasn’t the biggest of issues as I was motivated to keep going and see what my body would look like if i kept training hard. I would sometimes seek motivation on the internet watching many weight loss transformation videos on youtube.

DID YOU HIT ANY WEIGHT LOSS PLATEAUS? HOW DID YOU OVERCOME THEM?  Fortunately enough, I saw results quickly in the beginning as i managed to lose 11kg in my first month. I had sometimes had a “cheat day” or maybe miss a day in the gym, but i was always determined to return back to my transformation mindset the day after.

HOW LONG DID IT TAKE YOU TO LOSE MOST OF THE WEIGHT?  Most of the weight was lost during the first 2-3 months, where I would work overtime on the cardio machines after lifting some weights. Usually my cardio consisted of either a 20 min cycle or 15 mins of Jog/Sprints on the treadmill. When i wasn’t feeling up to that intensity, an incline walk on the treadmill was a good way to alternate from it.

DID YOU HAVE ANY NON-SCALE VICTORIES?  One of my proudest moments was going from outgrowing my clothes, to having to buy new clothes as they were soon enough too big for me. I also started noticing how much faster and better I was improving at football as I was at a better weight to change directions and run at faster speeds.

WHAT DOES YOUR DAILY DIET LOOK LIKE COMPARED TO WHEN YOU WERE HEAVIER?  When I was heavier, if there was food prepared by my parents, I would usually ask them to bring me a large portion because of how hungry I would always be and usually every meal got washed down by some coca-cola or some icecream.

Sometimes when there was healthy food to eat at the house, I would sometimes try and ask for something different like a pizza from the freezer or ask if I would eat out with friends. One of my worst habits which was one of the main reasons why i made my decision to start was coming home at around 2am every night and destroying atleast 6-10 tea spoons of nutella, straight from the spoon!

HOW DOES YOUR PHYSICAL ACTIVITY COMPARE TO WHEN YOU WERE HEAVIER?  Now, I can be found playing football (soccer) locally in my country of Gibraltar or also, as i have been doing since i made my choice 4 years ago, lifting weights and doing some intense workouts in the gym.