How I Lost Weight: Tamiko Lost 142 Pounds And Went From Couch Potato To Active 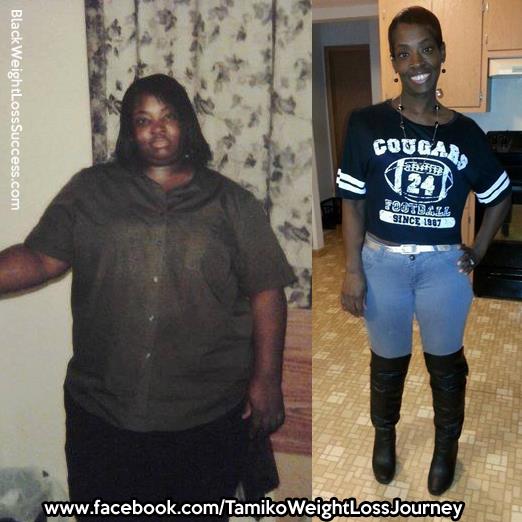 WHEN DID YOU START DEVELOPING A WEIGHT PROBLEM?
I didn’t have a weight problem until the birth of my 1st child. I was a teenage mother and after giving birth the weight never really came off. My weight continued to escalate over the years as I lost myself being a mother to my children. I never really paid attention to what foods I consumed nor did I give any thought to exercise. My entire focus was working and providing for my three daughters. As my size increased my outlook on life decreased. I didn’t much outside of caring for my kids. I felt as if I was just existing but not really living.

HOW DID YOUR WEIGHT AFFECT ANY ASPECT(S) OF YOUR LIFE?
My weight affected my overall quality of life. I was very insecure and pretty much gave up on dating. I had absolutely no confidence in myself. I’ve always been shy but it was if I lived in a shell. I don’t think it was obvious to the people around me but inside I didn’t feel alive at all.

WHAT WAS THE “TURNING POINT” THAT GOT YOU STARTED ON YOUR WEIGHT LOSS JOURNEY?
I was tired of the way I felt everyday. I was tired of carrying around all that weight. I felt as if my kids and I were missing out on so much in life due to my weight problem. I felt old and I wasn’t. A new year was approaching and I made up my mind to do something about being overweight. I took the first step towards fighting obesity.

HOW DID YOU GET STARTED?
I joined Weight Watchers. My first week I lost five pounds and I was hooked. I counted points and followed the program religiously. I weighed, measured and watched my portion control as if my life depended on it. In a lot of ways it did. Fruits and vegetables became my best friend. After a month on the program I joined a gym and started working out. Boy was that a slow process. Being so overweight I could only do five minutes at a time on several different machines. It took quite a bit for me to be able to work out for a longer duration but eventually I would get there.

HOW LONG AFTER YOU STARTED DID YOU BEGIN TO SEE RESULTS OF YOUR WEIGHT LOSS EFFORTS?
My first month on weight watchers I lost about 25 lbs. That was pretty awesome considering I didn’t add exercise until I successfully completed on a month on the program. With the twenty five pound weight loss I was so pumped. I was ready to conquer being overweight. I refused to turn back. I was starting to like the person I was slowly becoming.

WHAT WAS THE HARDEST PART?
There were many challenges and obstacles but I wasn’t willing to give up or in. Exercise was very hard for me at first but I refused to give up. I kept at it. I had to sacrifice time with my kids to attend the gym but they were my biggest supporters. They pushed me to keep going. Every week when I weighed in they would be waiting by the door for me to come home and tell them how much I lost. They were so encouraging. My family was very supportive although they were quite tired of me telling them how many points everything was lol. Weight Watchers, my gym membership and healthy eating was very expensive but it was worth every penny.

DID YOU EVER WANT TO GIVE UP? WHAT KEPT YOU GOING?
There were many times that I felt like giving up but I knew it wasn’t an option. Losing weight when you’re accustomed to eating whatever you’d like is hard but I had my three little cheerleaders that were counting on me. I couldn’t let them down. Then there were family members that were encouraged with my weight loss. My losing weight was causing other people to do the same. I knew that I deserved to be happy. Losing weight brought so many positive changes into my life. Those changes gave me courage to continue going.

DID YOU HIT ANY WEIGHT LOSS PLATEAUS? HOW DID YOU OVERCOME THEM?
I hit many plateaus during my journey. I once hit a plateau for 3 months and boy was that hard. I was working out every day, eating healthy and wasn’t losing an ounce. I did however notice that although I wasn’t losing weight my clothes were continuing to get loose which meant I was still losing inches. So I felt a little better about the situation. I also went to my leader at weight watchers and she came up with some ideas she wanted me to try. Those ideas paid off and after a couple of weeks the pounds started coming off again. There were other plateaus but none as significant as that one. After a while I learned to work through them and they became a part of the program.

HOW LONG DID IT TAKE YOU TO LOSE MOST OF THE WEIGHT?
Overall it took about three years to lose the 142 lbs. There was ups and downs. Losses and gains. I would stick with the program then stop and start over. It took a while for it to totally stick. Once I totally dedicated myself the weight came off pretty quickly. It slowed down as I got closer to goal.

DID YOU HAVE ANY NON-SCALE VICTORIES?
Yes tons of them. There were times I wasn’t losing but my clothes were looser. Losing inches. Having more energy and more endurance. Being healthier. Being able to chase my daughter when she was younger. Being able to dance with my daughters and the list goes on.

WHAT DOES YOUR DAILY DIET LOOK LIKE COMPARED TO WHEN YOU WERE HEAVIER?
I read labels. I watch calories. I measure my food and actually watch my portions. I try to stay away from most processed foods. I consume fruits and vegetables every day. I focus on lean proteins and healthy carbs. I stay away from fast food restaurants. When I was overweight I ate whatever I wanted and what looked good. Now I think before I eat. I tell myself all the time nothing taste as good as being thinner feels.

HOW DOES YOUR PHYSICAL ACTIVITY COMPARE TO WHEN YOU WERE HEAVIER?
When I was heavier I was a couch potato now I’m active everyday. I walk, run and jog. I dance with my daughters. I take cycling classes and can workout for hours. As an overweight person I had every excuse in the book as to why I could’t workout now I make excuses about having a rest day. Rest day what’s that? Lol. 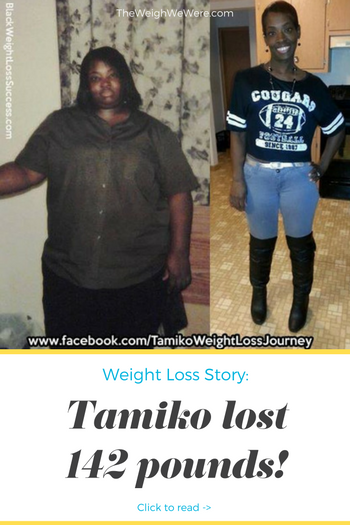