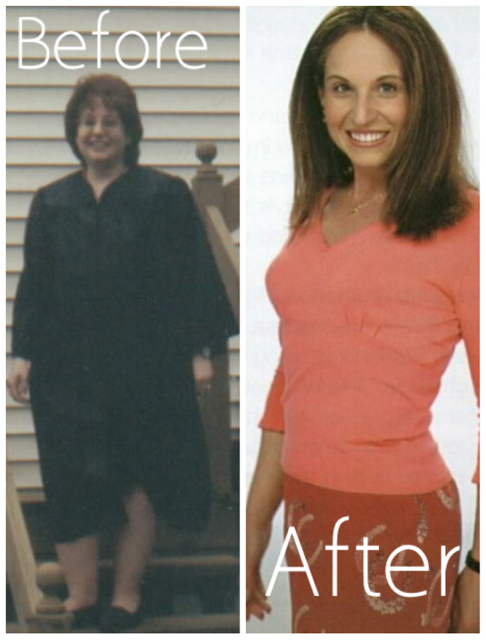 I was overweight since I was an infant. My father proudly tells a story about how he used to teach the other fathers in the hospital how to feed their babies.I was born 7 pounds and basically, they overfed me and by the time I left the hospital I was 11 pounds and they were putting cereal in my formula. I was overweight ever since.

HOW DID YOUR WEIGHT AFFECT ANY ASPECT(S) OF YOUR LIFE?
Being an overweight child was so challenging. Kids AND adults are mean. I was bullied, harassed, laughed at and belittled on a daily basis. Even by my own parents. I hardly had any friends and I did anything that I could to try to fit in with my peers. This lasted from preschool and beyond college. As I got older it got worse. Every sleepover party that I had ever been to, somehow I ended up being teased and I called my mom to take me home. I would then purposely decline invitations to parties and stay home most of the time to avoid people’s comments or being judged in any way. I didn’t have much of a social life. If I did go anywhere it would be to the movies or to a friend’s house. I became an avid reader and a couch potato. I had thought about killing myself many times. I felt like there was no way out of this.

WHAT WAS THE “TURNING POINT” THAT GOT YOU STARTED ON YOUR WEIGHT LOSS JOURNEY?
The turning point for me was when I had graduated college and I started my job search. I was looking for a teaching job and every interview I went on was a bust. Once I would walk in the room and the interviewer would look me up and down and get that disappointed look on their face, I knew it was over before it even began. My self esteem was shattered. I felt completely worthless and unwanted. I was almost suicidal at that point.

HOW DID YOU GET STARTED?
I feel like I’ve been on every diet out there. I mean you name it and I’ve probably tried it. After one particular job interview I was so fed up with being invisible that a HUGE FIRE inside of me had started to burn. I did everything that I possibly could to find a way that worked for me to lose weight. I made small changes to my diet a little at a time and became OBSESSED with the scale. I weighed myself obsessively and watched everything that went into my mouth.

HOW LONG AFTER YOU STARTED DID YOU BEGIN TO SEE RESULTS OF YOUR WEIGHT LOSS EFFORTS?
I actually lost 23 pounds my first month. I was so overweight that most people did not notice that I had even lost 23 pounds. Crazy, right?!

RELATED:   95 Pounds Lost: Healthy For Me

WHAT WAS THE HARDEST PART?
My mother was very unsupportive. No one else really cared. It’s just another diet she’s trying. Whatever, she’ll fail at this too. I didn’t exercise for a while. I was so heavy and even just walking sucked for me. I hated even the thought of exercise! My cousin kept begging me to go to the gym with her. I said no, everyday.

DID YOU EVER WANT TO GIVE UP? WHAT KEPT YOU GOING?
It’s so interesting that I did NOT want to give up. I was so obsessed with losing weight that I just kept on going. Most diets I had tried in the past, it would take me forever to lose 30 pounds and I would hate what I was doing and then I would stop and gain the weight back, plus more. I was a size 22 and 245 pounds when I started and I hated wearing jeans. HATED THEM!!! If you are not overweight, you have no idea how uncomfortable jeans are to wear! So, I had gone to the store and purchased a pair of size 20 jeans. I tried them on every single morning. I was determined to get my fat ass into those jeans. Two weeks later I DID! So, I went back to the store and purchased a size 18. I then tried those on every single day until those fit. I continued this until I had gotten to a size 12. Size 12 was the smallest I had ever been and that was in Elementary school. I was 150 pounds when I was 10 years old and I wore a size 13/14 at the time. Sooooooo, I went to the store and purchased a SIZE 10. OMG! I was so nervous!!! Well, I got myself into that 10 and then I just kept going down to a size 2!

DID YOU HIT ANY WEIGHT LOSS PLATEAUS? HOW DID YOU OVERCOME THEM?
My weight loss slowed down as I got smaller but I just kept going. I did start working out finally when I was around 170 pounds so I would just go take extra classes or work out a little longer and be extra careful about the foods I was eating. I had that burning desire to make it happen.

HOW LONG DID IT TAKE YOU TO LOSE MOST OF THE WEIGHT?
It took me 10 months to lose 130 pounds.

DID YOU HAVE ANY NON-SCALE VICTORIES?
Yes! The jeans!!!! I continued to weigh myself but really used my clothes as a guide. Because I was working out I was losing inches faster than weight so that was a better alternative for me at the time.

WHAT DOES YOUR DAILY DIET LOOK LIKE COMPARED TO WHEN YOU WERE HEAVIER?
That’s so funny because when I look back 17 years ago I was a completely different person than I am today. I ate junk. Lots of junk and fast food. I never stopped eating. I would eat just to eat. I would eat when I was bored, I would eat when I watched TV, I would eat even if I wasn’t feeling hungry. I would just eat. Looking back at the old me, I can’t even believe that was me. Now? TOTALLY different! I have a smoothie every morning for breakfast that I share with my 4 year old son. I have a piece of fruit for a snack mid-morning and I have my bigger meal at lunchtime. I might have an afternoon snack and then I eat something small for dinner. I’m not usually that hungry for dinner so I just eat light. I drink at least one gallon of water everyday and I don’t drink coffee or soda. Only water and tea.

HOW DOES YOUR PHYSICAL ACTIVITY COMPARE TO WHEN YOU WERE HEAVIER?
Night and day! I mentioned earlier about my life as a couch potato. Now, I work out Monday – Friday. I have fallen in love with Pilates and Yoga. LOVE, LOVE, LOVE! I actually take 3 yoga classes on Tuesdays. It’s so amazing and now, I’m stronger than I have ever been in my life. I actually look forward to working out and if I have to miss a workout for some reason I get upset. 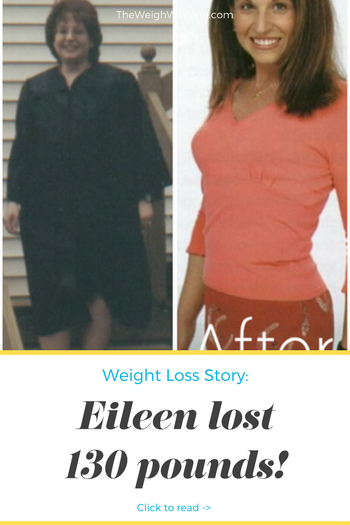 Related Itemsguest
← Previous Story Weight Loss Before and After: Bethany Lost 116 Pounds And Weighs Less Than She Did in 7th Grade
Next Story → She lost 70 pounds for her daughter and herself