118 Pounds Lost: Wouldn’t you like to be motivated beyond belief? 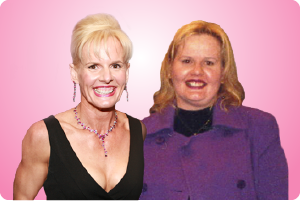 WHEN DID YOU START DEVELOPING A WEIGHT PROBLEM?
As soon as I finished school I started to gain weight. By the end of my first year uni I had gained about 10 – 15 pounds. By the time I finished my first degree I’d gained about 30 pounds. When I started working, then I really started to pack it on… and by the time I was 29 I was 106.5kg (234 pounds) and medically classified as morbidly obese. Now any time the medical description of you uses an adjective meaning death then you know you are in serious trouble!

HOW DID YOUR WEIGHT AFFECT ANY ASPECT(S) OF YOUR LIFE?
It affects everything. Being overweight affects your energy, your time (because everything takes longer to do), your self-esteem, your job, your relationships… everything. Certainly I was in denial about how much my weight was holding me back at the time. But it was.

WHAT WAS THE “TURNING POINT” THAT GOT YOU STARTED ON YOUR WEIGHT LOSS JOURNEY?
When I was overweight I was a workaholic teacher who was totally devoted to my career and the kids that I taught. The catalyst for my weight loss journey wasn’t hitting over 100 kg, nor suddenly finding myself wearing size 28 pants, nor being diagnosed with high blood pressure at the age of 29. I was actually turned down for a promotion at work, and I was devastated. For three days I walked around in a state of shock. On the third day (or what I like to call my “resurrection day”), I remember sitting in the park across the road from my house. My thoughts went something like this: “I shouldn’t be this devastated, it’s only a job – it’s not my whole life. Oh wait, it is my whole life – all I do is work”. So I set about getting a life – and losing weight was how I did it.

HOW DID YOU GET STARTED?
I made really simple changes. Start walking (I could only manage 5 mins a day at the start before I was buggered). Eat more vegetables. Drink more water. Weight loss isn’t always easy, but it is quite simple.

HOW LONG AFTER YOU STARTED DID YOU BEGIN TO SEE RESULTS OF YOUR WEIGHT LOSS EFFORTS?
I started to have more energy after the first week or two. But, because I was so big, I remember that I’d lost 10kg (22 pounds) and no one had even noticed!

WHAT WAS THE HARDEST PART?
I HATED exercise! I didn’t have a lot of money to spend and I worked over 100 hours per week. I was single (and lonely) as well.

DID YOU EVER WANT TO GIVE UP? WHAT KEPT YOU GOING?
Because I was really taking charge of my weight loss myself I really didn’t have that many periods of wanting to give up. I wasn’t following someone else’s rules for weight loss so I didn’t want to rebel against them. Sure I wanted chocolate (badly at times) but I kept going because I wanted to, not because someone else was pushing me to do what they said. That’s a big difference.

DID YOU HIT ANY WEIGHT LOSS PLATEAUS? HOW DID YOU OVERCOME THEM?
I only plateaued once during my weight loss journey. When I hit 169 pounds – so I’d already lost 65 pounds. So it was fairly easy just to keep going and know that I would start losing weight again soon. I think the reason I didn’t plateau (or have loose skin after my weight loss) was the specific methods of exercise that I used along the way, which (now that I actually know what I’m doing) I call Neuromuscular Stimulation… at the time I just thought of them as cool, new and interesting ways to exercise without it being mind-numbingly boring!!

Because traditional exercise methods are boring – not just for your brain, but for your body as well.

And so we see the dreaded weight loss plateau: your body has become bored by what you are doing, day in and day out. It has adapted. It’s no longer challenged, it’s no longer stimulated, it no longer wants to play the weight loss game with you. It’s had enough of the ‘wham bam thank you ma’am’, go hard or go home approaches of traditional exercise plans or programs.

Your body doesn’t really respond well to that over and over again. Instead your muscles need to be charmed … allured … seduced and stimulated into working well for weight loss.

HOW LONG DID IT TAKE YOU TO LOSE MOST OF THE WEIGHT?
I lost 99 pounds in 33 weeks. I kept that weight off for five years then lost another 18 pounds after that. It’s now been over 13 years since I lost my weight … so I’m pretty much the complete weight loss package because I’ve lost a lot, I’ve lost a little bit and, most importantly, I’ve kept it off.

DID YOU HAVE ANY NON-SCALE VICTORIES?
Many! The first time I could run continuously for 20 mins, transforming myself from an exercise loather to an exercise lover, the first time I fit into size 6 clothing was good (although now that seems big to me because I’m size 2). lol.

WHAT DOES YOUR DAILY DIET LOOK LIKE COMPARED TO WHEN YOU WERE HEAVIER?
I eat twice as much now as I did when I was overweight – but the food is a lot better in both quality and quantity.

I never used to eat breakfast then I’d binge at about 10 am. Lunch was soft drink and a big roll. Dinner was often fast food.

I eat more vegetables – at least 5 serves a day.

HOW DOES YOUR PHYSICAL ACTIVITY COMPARE TO WHEN YOU WERE HEAVIER?
Well I didn’t do any exercise before I lost my weight. I paid someone to walk my dog. I drove to post letters in the letterbox that was 100 yards from my house. I was just too big. Now I exercise regularly… but not religiously. Not every day. It’s not sustainable. I do weights about twice a week. Pilates about twice a month etc… whatever fits in with my life. But, importantly, it’s regular and sustainable. 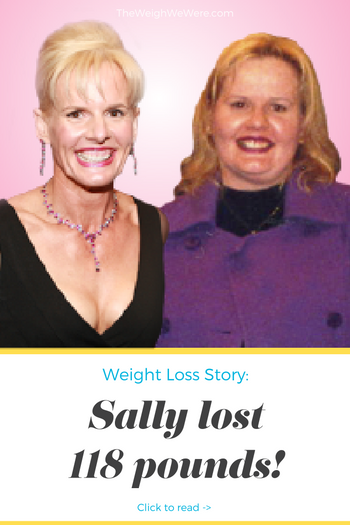