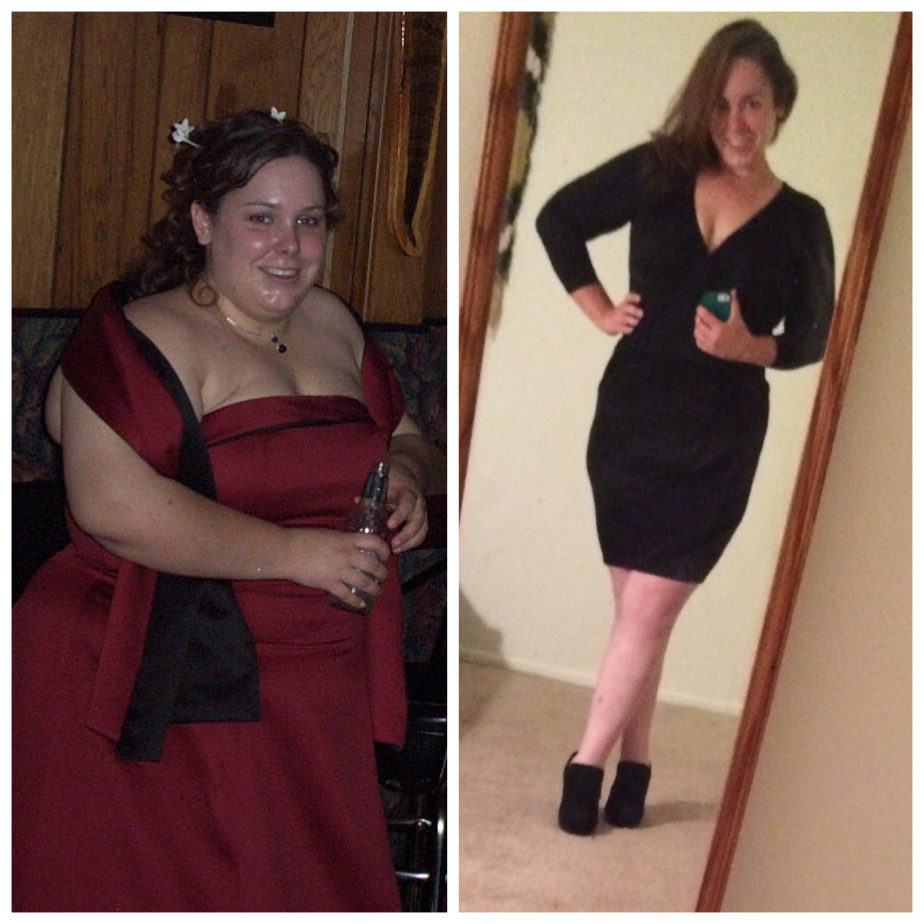 WHEN DID YOU START DEVELOPING A WEIGHT PROBLEM?
I’ve struggled with weight for as long as I can remember. My mom was a single parent who raised 4 kids on her own. I was the youngest, and the only girl. I was teased and picked on a lot by my brothers at a young age and found comfort with food.

HOW DID YOUR WEIGHT AFFECT ANY ASPECT(S) OF YOUR LIFE?
Because I’ve been over weight my whole life I was subjected to a lot of bullying. Therefore, I built walls to protect myself from being hurt. I’ve learned this only prevented me from loving my life. At 31 I had never had any kind of romantic relationship. I had never even been kissed.

WHAT WAS THE “TURNING POINT” THAT GOT YOU STARTED ON YOUR WEIGHT LOSS JOURNEY?
I got a new job and transferred to new city. I had turned 30 and joined a gym. With the membership came a free fitness analysis. When I stepped on the scale and saw I was over 300lbs my heart sank. I never felt ‘that’ heavy. It was that moment I knew I had to make a change or I wouldn’t have much life left to live.

HOW DID YOU GET STARTED?
After the analysis I signed up for personal training and learned a lot about not only working out but healthy eating as well.

HOW LONG AFTER YOU STARTED DID YOU BEGIN TO SEE RESULTS OF YOUR WEIGHT LOSS EFFORTS?
I weighed myself weekly and at first the pounds melted off. I think my first week I lost 9lbs and was estatic! Within a couple months people started noticing.

WHAT WAS THE HARDEST PART?
Two months into my journey tragidy hit me.
August 8th 2014 I had plans to go to state fair with one of my best friends, Kathryn. When I was at work I got a phone call from my sister in law….she told me Kathryn was in an accident, that she was hit by a semi and they were at the scene but didn’t know if she was ok. I knew it couldn’t be good. I was an emotional wreck not knowing so I left work early. When I got home I was alerted to an article titled: 23 year old woman killed in three vehicle crash. My heart sunk, knees gave out and I fell to the floor.
This can’t be happening.
That, was, and remains the worst day of my life.
I spent the next week attending her wake and funeral. It still didn’t seem real. She was so young, she had a fiancé, just bought a house…she had everything going for her.
I fell into depression. Something I’ve never dealt with before as I’ve never lost anyone.
Jan 1st 2015 I stepped on the scale and saw I had gained back a lot of what I lost. I was a failure.

DID YOU EVER WANT TO GIVE UP? WHAT KEPT YOU GOING?
I never wanted to give up but after Kathryn’s death and depression looming I fell back into old habits and used food as a confort.
With the new year I told myself Kat would be kicking my ass for ruining what I had started. I dedicated myself again to bettering myself.

DID YOU HIT ANY WEIGHT LOSS PLATEAUS? HOW DID YOU OVERCOME THEM?
Dealing with the depression mixed with anxiety I found myself hitting plateaus when my emotions got the best of me. I’m fully back committed to my weightloss. I’m thinking of the future and what I want and that’s what keeps me going.

HOW LONG DID IT TAKE YOU TO LOSE MOST OF THE WEIGHT?
About a year.

DID YOU HAVE ANY NON-SCALE VICTORIES?
It’s easy for someone to say they are depressed but being someone who is truly dealing with depression, even getting out of bed is a victory. I have found that staying active gets me out of my funk. My favorite therapy is hiking. Just being out in nature, challenging myself to scale mountains, there’s really no way to describe it. I traveled to Alaska last year and hiked mountains. That’s something I would never have been able to do at over 300lbs.

WHAT DOES YOUR DAILY DIET LOOK LIKE COMPARED TO WHEN YOU WERE HEAVIER?
I used to be addicted to energy drinks, having 1-2 every day. Think that was the hardest to give up. Sweets are also my weakness. However I don’t deprive myself, I get a cheat here and there.

HOW DOES YOUR PHYSICAL ACTIVITY COMPARE TO WHEN YOU WERE HEAVIER?
So much more active! In high school I couldn’t even run a mile, now I’m running all the time. 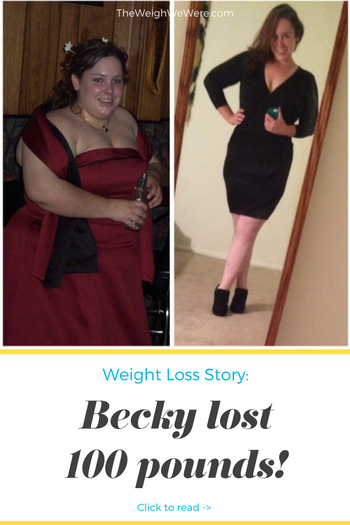